The genuine passion and enthusiasm behind the mask of DJ Zardonic, whose real name is Federico Agreda Alvarez, has led him to build a self-sustained career for 15 years since his beginnings in the city of Barquisimeto, Venezuela, where he was born and raised.

Despite the leftfield nature of his chosen style of Heavy Metal fueled Drum & Bass, which he calls Metal & Bass, Zardonic remains to this day as one of the most successful south american Electronic Dance Music exports, with millions of plays and views on YouTube and Spotify, hundreds of releases and shows in over 40 countries across the globe.

In 2015, together with the voice of Mikey Rukus, he was commissioned by Professional Fighters League, formerly known as World Series of Fighting, to create the main theme for the 2015 and 2016 seasons which aired on NBC Sports Network. He’s also the first Drum & Bass DJ act to ever perform at Loud Park Japan, held at the 35,000 capacity Saitama Super Arena, with the likes of Scorpions, Slayer, Alice Cooper, Sixx A.M, Whitesnake and Rage.

During his time in the studio, Zardonic enjoys working as a Mixing Engineer for Rock and Metal bands, and contributing with Music and SFX for videogames like Warlocks Vs Shadows, Strike Suit Zero, and the upcoming expansion to the VR bestseller Superhot.

Zardonic joined the PMC family in 2019, after adding a pair of result6 to his monitoring setup, which he considers an “essential investment”. 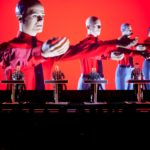