Moving to London from São Paulo eleven years ago, S.P.Y was quick to establish himself within the UK drum & bass scene. Within a year his natural talent was quickly recognized and S.P.Y signed his first release with renowned label Metalheadz in 2005. This was followed up a year later with a signing to Hospital’s Medschool imprint label.

The momentum of his rising career has never waned and S.P.Y now having worked on tracks by artists like Total Science, DJ Marky, Deadmau5, LTJ Bukem and Chase & Status, has an enviable list of remix and co-production credits to his name.

If any D+B artist can truly claim to be the “producers producer” then Carlos S.P.Y surely has a good case. If the comments on this album by his luminaries are anything to go by: “One of my fave producers” says DJ Hype, “Carlos back to his filthy best!” say Total Science, “There’s only one S.P.Y” says Doc Scott. 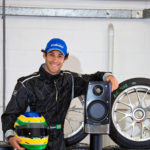 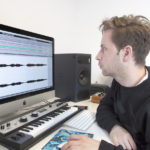