LMH has installed PMC speakers in a 7.1 configuration in all three of its audio production suites. The installation ensures unsurpassed audio quality for sound editing, while allowing work to move freely between each room.

“In choosing PMC speakers for the audio suites, we chose a combination of twotwo.5 speakers for the rear positions and twotwo.6 speakers for the front positions,” explained Gary Edwards, Managing Director of LMH. “This was because we felt that we needed the greater low end that twotwo.6 delivers, along with a much fuller sound thanks to its increased cabinet and woofer size.

“The twotwo.5 and twotwo.6 are both good, clear speakers. We liked the clarity of sound. And the cabinet size each offered was the perfect fit for the specific positions in our production rooms. There was a minor question mark over ear fatigue during extended listening, but this has not proven to be an issue.

“We think the PMCs are the best of British speaker design and manufacture, and among the best speakers in the world.”

LMH’s content management and distribution services cover all stages of the content life-cycle. This includes a complete video servicing package handling ageing formats and archive libraries through to current HD and 4K/UHD standards, with delivery to any global broadcast or VOD platform. Audio quality control and loudness testing forms a key part of this work.

The company acquired a number of assets from the now-defunct media services department at Technicolor. Gary Edwards previously spent 20 years as Technical Director at Technicolor prior to founding LMH. These assets were combined them with new technology purchases to ensure that LMH’s media services were able to utilise the latest cutting-edge solutions. Among the former Technicolor equipment were the PMC speakers. These were originally acquired by Edwards whilst at Technicolor and then acquired for a second time in December 2016.

PMC speakers in all three suites allow for interchangeable use

“Our audio production suites are, to a degree, generic,” Edwards explained. “Each has a KVM (Keyboard, Video, Mouse) control interface. This enables the operator to access any workstation and application from the control surface within the production room. We chose the same monitor hardware and used the same construction design techniques for each room so that they could be used interchangeably.

“This set-up means that any of the rooms can be used for audio post production, quality control or on- or offline video editing. We use the suites to perform audio post production. This includes track laying, preparing final audio mixes for TV programmes, editing work and high end 4K/UHD broadcast QC, including loudness testing.”

He has also been delighted with the aftercare the company has received. He cited an occasion when LMH encountered an unexpected power supply issue with some of its PMC speakers.

“PMC quickly resolved the issue by taking the speakers back to the factory. They fitted new PSUs free of charge and returned them within a couple of days – even though this was a number of years after installation,” he said.

Full broadcast 5.1 and 2.0 QCs are a large portion of LMH’s business, of which audio plays a key part. Gary Edwards also explained that audio post production was an area ripe for expansion. Recent projects have served as an indication of the diversity of the services that the company can offer.

“LMH has been involved in a number of projects on the music side of the business,” he said. “This has included creating 5.1 audio for concerts such as James Blunt, Group Love, Tom Odell and Carole King.

“We have also been involved in the remastering of the 2006 documentary Glastonbury, where we created the 5.1 audio from the original DA88 masters for theatrical release.”

Edwards added that expansion is on the horizon. “We hope to add another three audio production rooms with full 7.1 audio capabilities in the next 12 to 18 months,” he said. 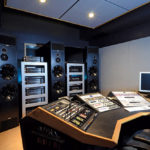 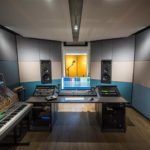