Frank Ocean’s recording engineer and PMC twotwo user, Jeff Ellis, should be pretty pleased with himself after the eagerly awaited album ‘Blonde’ was described as “a baffling and brilliant five-star triumph” by the Guardian. 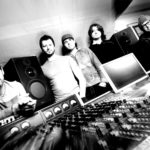